About Tarot of The Future

Original, iconoclastic, informative, thoughtful, and thought-provoking. “Tarot of the Future: Raising Spiritual Consciousness” is an extraordinary and inherently fascinating read throughout. While unreservedly recommended for personal, professional, community, and academic library collections, it should be noted that Tarot of the Future is also available in a digital book format (Kindle, $9.95).                    -Margaret Lane, Midwest Book Review.

“In this deeply interesting book… Dr. Rosengarten says both tarot and psychology have reached and entered the territory of existential question and answer. The root questions are no longer “What’s going to happen to me?” or “What’s wrong with me?” The question now is, “Where am I going, really?” This intriguing book was written with a rarified and elevated tarot psychology to ask this question and attempt to answer it.” Wald Amberstone, Director of The Tarot School.

-“Art Rosengarten’s Tarot of the Future is an engaging thought-provoking consideration of the value of Tarot reading as both future-telling and transformational practice. Card reading is mostly about understanding time and space; more specifically, Rosengarten argues that it’s all about understanding what the future is and what it is not. Future-telling, he says, is more than pasts, presents, and guessed “future” probabilities and also more than a means of finding the best route between now and then. He identifies the Tarot reader as a traveler devoted to discovering what the future is on an octave higher than the linear and three-dimensional and he designed his Tarot of the Nine Paths (TNP) by the power of nine–in Tarot terms, the Hermit effect–to facilitate that journey. The future he hopes the reader discovers in the TNP cards is one involving a fuller and more comprehensive understanding of time and space.” 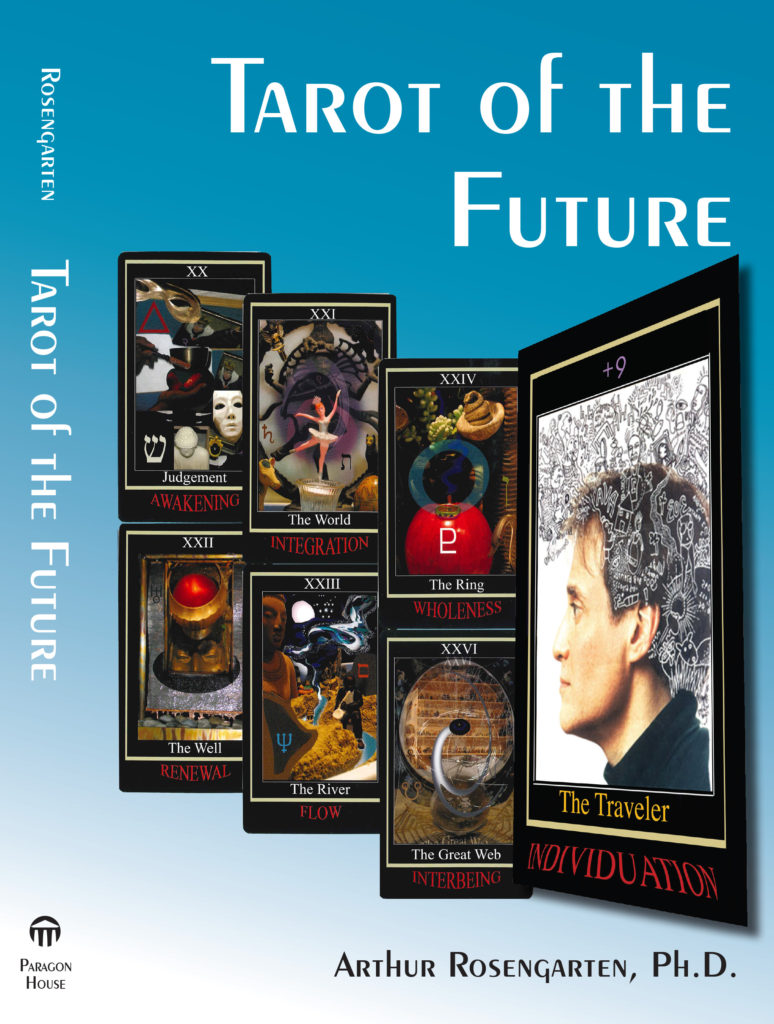 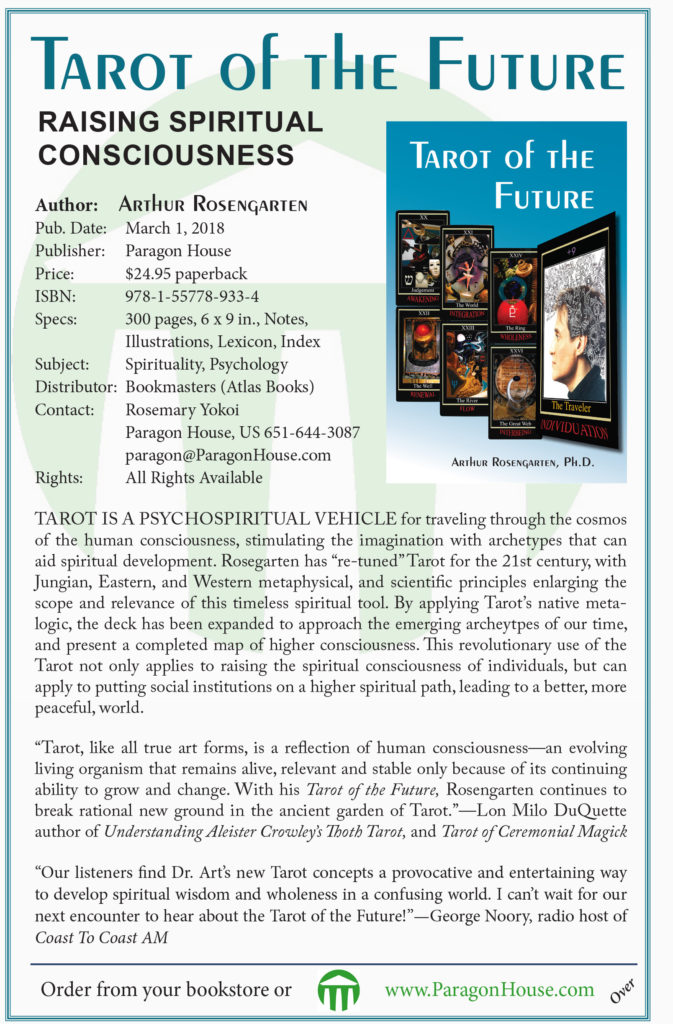